‌For Douglas Casa, the opportunity to maximize athletic performance in the heat and prevent sudden death in sport is the culmination of a life-long path; his passion for the study of exertional heat stroke started in 1985 when he suffered an exertional heat stroke while running a 10K race. This experience motivated what has become his life’s cause: the study of exertional heat stroke, heat illnesses, hydration, and preventing sudden death in sport – his ultimate goal is to find ways to maximize performance in challenging circumstances while working to prevent needless tragedy during sport and physical activity. “I was fortunate to receive amazing care on-site from the athletic trainer; the EMT’s in the ambulance; and at the hospital from the emergency room physicians and nurses. I only survived because of the exceptional care I received. I was just 16 years old at the time, but I have been driven by this experience since that day,” Dr. Casa explains when asked about what motivates him. 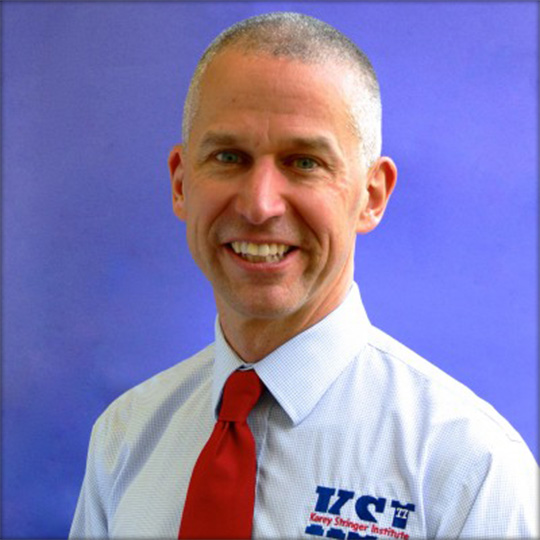 He celebrated his 30th anniversary of surviving his exertional heat stroke on August 8, 2015. In April 2010 Kelci Stringer (Korey’s widow), James Gould (Korey’s agent), and the NFL asked Dr. Casa to develop and run the Korey Stringer Institute (KSI) at the University of Connecticut. Korey was an All-Pro offensive tackle for the Minnesota Vikings of the NFL. He died from exertional heat stroke in August 2001. The mission of the KSI (ksi.uconn.edu) is to provide research, education, advocacy, and consultation, to maximize performance, optimize safety, and prevent sudden death for the athlete, warfighter, and laborer. Additionally, he is the editor of a book titled: Preventing Sudden Death in Sport and Physical Activity (2nd edition, 2017), published by Jones & Bartlett in cooperation with the American College of Sports Medicine. His new book titled Sports and Physical Activity in the heat: Maximizing Performance and Safety was published by Springer in the Winter of 2018.

For the past 20 years, Dr. Casa has worked toward his goals at the Department of Kinesiology, College of Agriculture, Health, and Natural Resources, University of Connecticut. During this time he has published more than 250 peer-reviewed publications/book chapters and presented more than 600 times on subjects related to exertional heat stroke, heat-related illnesses, preventing sudden death in sport, and hydration. He has been the PI for over 8 million dollars in research funding/foundation donations and an additional 4 million dollars as Co-PI. Dr. Casa has successfully treated 325 cases of exertional heat stroke (with 0 fatalities). In October 2005 and 2010 the Department of Kinesiology doctoral program at the University of Connecticut was ranked number 1 in the country by the National Academy of Kinesiology (for 2005-2015). Additionally, in September 2010 the National Research Council ranked the faculty in the Department of Kinesiology number one for research productivity.

Dr. Casa was named full professor at the University of Connecticut in August 2010. In 2008 he was the recipient of the medal for distinguished athletic training research from the National Athletic Trainers’ Association. In 2016 Dr. Casa received the highest honor in his field when he was named a fellow of the National Academy of Kinesiology (FNAK #556). He was named a fellow of the National Athletic Trainers’ Association in 2008. He received the Sayers “Bud” Miller Distinguished Educator Award from the National Athletic Trainers’ Association in 2007 and has been a fellow of the American College of Sports Medicine since 2001. In 2011 he was inducted into the University of Florida alumni hall of fame. He has been a lead or co-author on over 15 sports medicine (ACSM, NATA, US Military, IAAF) position statements/consensus statements/roundtables related to heat illness, hydration, and preventing sudden death. He is an associate editor of the Journal of Athletic Training, Journal of Science and Medicine in Sports and on the editorial board of Current Sports Medicine Reports, Journal of Sport Rehabilitation, and the Journal of Strength and Conditioning Research.   Dr. Casa has worked with numerous media outlets across the country in discussing his research including the NBC Today Show, Good Morning America, ESPN, HBO, CNN, PBS, Sports Illustrated, USA Today, Wall Street Journal and the New York Times. In 2018 the IOC and the IAAF asked Dr. Casa to serve on heat mitigation committees to help prepare for Tokyo 2020 and Qatar 2019, respectively.

Dr. Casa earned his bachelor’s degree in biology from Allegheny College, in 1990; his master’s degree in athletic training from the University of Florida in 1993; and his doctorate in exercise physiology from the University of Connecticut in 1997. He has been happily married to his wife Tutita Casa, PhD for 23 years and they have 3 kids; Montana (15), Navia (14), and Alessio (13).